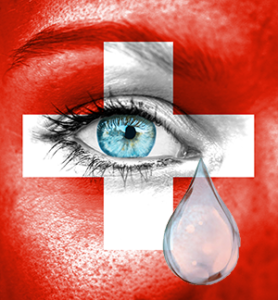 It is with disappointment and incomprehension that BGATC takes note of the ruling of the Federal Court in Lausanne, which the 4th of July confirmed the conviction of a Swiss air traffic controller (ATCO) for negligent disruption of public transport despite the fact that it was an honest mistake causing the situation.

The Swiss Justice System is setting new unheard-of standards for the Aviation industry.

Swiss Justice system convicts an individual ATCO for a system shortcoming. The ruling is based on a situation happening on the 12th of April 2013. Two aircraft of the Irish Ryanair and the Portuguese TAP unintentionally converged in the complex airspace over the Napf region (Lucerne). The safety nets on the ground and in the air worked as planned, so that the situation could be defused quickly. There was no personal injury or damage to property.

In April 2019, the Federal Criminal Court in Bellinzona sentenced the ATCO on duty to a heavy fine for negligent disruption of public transport. This is the sentence that was confirmed by the Federal Court in Lausanne the 4th of July.

Safety is top priority for Skyguide – the company the ATCO is working in. In the company, every effort is made to prevent errors and improve the aviation system. Nevertheless, human error can never be ruled out. In Skyguide, modern technological safety nets support the daily work of ATCOs. In order to learn the necessary lessons from such mistakes and to continuously improve the system, the «Just Culture» safety culture that is practiced in aviation is crucial.

«Skyguide will continue to adhere to this «just culture» in order to ensure safe and efficient air navigation services in Switzerland in the future. Over the past fifty years, this safety culture and the learning processes it entails have made aviation the safest means of transport.»

BGATC expresses its deepest support and sympathy with the involved ATCO. We can only imagine the stress and pain that he is going through.

We also would like to express our support and deep respect for Skyguide and the CEO Mr. Alex Bristol. The way the company and CEO has taken the employees side and supporting both the ATCO and the importance of a well functioning Just Culture system in aviation is a clear and distinct example we hope all companies in the Aviation Industry will copy and follow.

With this sentence the Swiss Justice system chose to go against all advice from the Aviation Industry and ICAO. It will be interesting to see what the further consequences of such a decision will be, both nationally but also internationally.

BGATC, as well as IFATCA, has severe concerns about the consequences of this sentence, both for the individual ATCO, but moreover for the entire Aviation System. 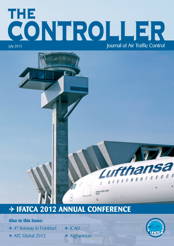